“One of the things that bothers me the most is when someone kind of starts with their answer, and then they try to twist the facts to fit it,” Hoffman said Tuesday. “I saw Brennan do that when I served under him CIA. And I saw him do it when he was, you know, a contributor at MSNBC accusing the president of treason with nothing whatsoever to back it up.”

he former station chief said that Brennan’s behavior related to the Russia collusion narrative was not much different than what he witnessed during his time serving under him at the CIA, the country’s top spy agency.

“There were policies he supported, whether it was the policy in Syria or Iran. And when you told him something that would force him to challenge his assumptions, his response was just to get mad at you and not really want to hear what you have to say,” Hoffman said. 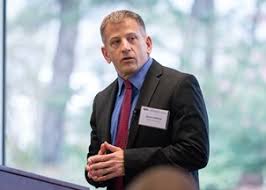 He accuses the former director of misleading the American people and members of Congress by publicly peddling an unsubstantiated narrative about Trump’s involvement with the Russian government, as related to the 2016 White House race and investigated by Special Counsel Robert Mueller.

“If he had concerns about President Trump, then go tell you know, Bob Mueller about it. But you don’t need to speak up publicly about stuff that isn’t even true on MSNBC,” Hoffman said.

The former CIA official took specific offense with Brennan pushing an unconfirmed narrative to a viewing audience that would believe what he had to say because of his elevated position in the intelligence community.

“I think viewers would have assumed that because Brennan was director of the CIA, he would know something that they don’t and they probably believed him,” Hoffman said. “I don’t even know why he’s still given the opportunity to be on air, after all of that.”

He continued, “I just find his behavior to be abysmal, unpatriotic in retirement. I just, I think he’s done a real disservice to the national dialogue on national security but on Russia in particular, and if you’re concerned about about partisanship, he’s just made it worse.”

(TLB) published this article with permission of John Solomon at Just the News.