California Governor Gavin Newsom has been warned over Coronavirus limits on churches. The Justice Department instructed him that the shutdown plans against churches destroy religious liberties by subjecting houses of “worship to stricter limits than many businesses.”

Pastor Jim Domen, who is the president and founder of ChurchUnited – a pastoral network of 500 ministers in California from dozens of faith backgrounds and diverse racial identities – is not taking inequality anymore.
He’s on a mission to make sure all churches are open by Pentecost Sunday 2020, leading the way for the #openthedoors movement. Why is this important? Tyranny! Regardless of your faith, or politics, losing freedoms in any compacity is dangerous territory.

Domen shared about the slippery slope we are on in America — no doubt it will become more acute. When the government increases its power, we all suffer. Christians seem to be in the cross-hairs. Pew Research reported evangelical Christians are experiencing an increased prejudice. The study found 50 percent of American adults believe that evangelicals are subjected to discrimination. This is an increase from 42 percent in 2016.

According to the Washington Times, Attorney General William Barr instructed the Justice Department to “play an aggressive role in policing state and local shutdown orders that may stray too far in limiting religious practice.”
America’s future depends on it – and it is not only for the church. This game involves all of us.
••••
Watch this informative discussion …

More on my guest and part of his testimony in his words:

God changed my life forever on June 8, 2002, when I lost all my worldly possessions and distinctly heard God’s voice telling me to come back to Him. I told God, “I’m yours again,” and I began to realize that His strength is made perfect in my weakness – even in someone as broken as me. God began to restore me and I enrolled in seminary at Azusa Pacific University. I learned how to be obedient to God’s voice and how to interpret the Bible. God continued His work of redemption and gave me opportunities to share my story publicly. After I graduated from seminary, I became a pastor at Rose Drive Friends Church. I realized that I could no longer ignore the troublesome news stories about public policy and it discouraged me from hearing Christians. They did not understand how to articulate their worldview.

Around this time, Proposition 8 was being fought in the culture and I found myself on the front lines promoting God’s plan for marriage: the union between a man and woman. At press conferences and rallies, I met the founder of Focus on the Family’s California Family Council, who became my boss and mentor after I was asked to join the California Family Council. After six years at CFC, God strategically called me to begin Church United in 2016. Church United’s vision is to transform California for Christ by 1) Disrupting Pastors, 2) Uniting the Church, and 3)Transforming our Communities. Six years after leaving the gay lifestyle and one month before the successful passage of Proposition 8, God continued His work of restoration when I met my wife, Amanda. She is “God’s gift from Heaven.” 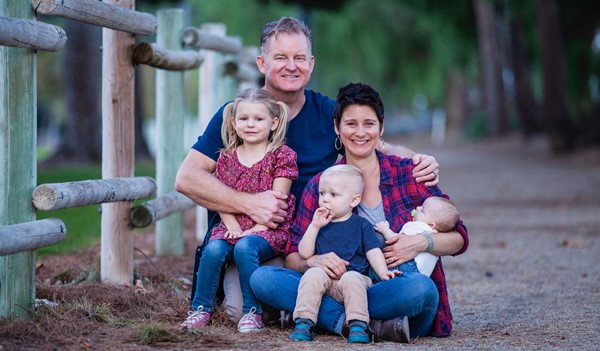